Arrow Video Delivers a Double-Dose of Supernatural Horror with CRIMSON PEAK and THE DEAD CENTER! 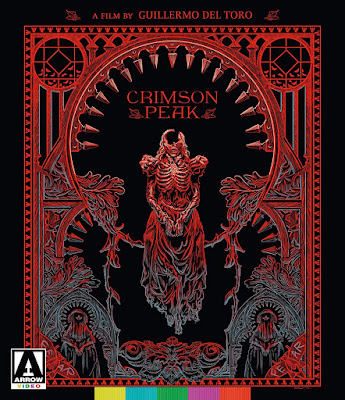 I've been meaning to watch CRIMSON PEAK for some time, but just haven't gotten around to seeing del Toro's tale of Gothic romance. (Ditto for his Oscar-winning film THE SHAPE OF WATER! Ack! I have absolutely no right to call myself a fan!) THE DEAD CENTER is a new film from writer/director Billy Senese that is part psychological thriller and part supernatural shocker! If either title sounds enticing, then continue reading to learn more about each release and where you can purchase them!

Beginning in Buffalo, New York, during the 1880s, CRIMSON PEAK stars Mia Wasikowska (ALICE IN WONDERLAND, STOKER) as Edith Cushing, an aspiring writer who is haunted by the death of her mother. Edith falls in love with seductive stranger Thomas Sharpe (Tom Hiddleston - THOR, THE AVENGERS), who whisks her off to Allerdale Hall, his baronial, yet dilapidated English mansion built upon a mountain of blood-red clay. Here Edith meets Lucille (Jessica Chastain - ZERO DARK THIRTY), Thomas' sister who at times seems hostile and jealous. As Edith struggles to feel at home in the imposing residence, she gradually uncovers a horrendous family secret and encounters supernatural forces that will help her discover the terrible truth behind CRIMSON PEAK.


Extras:
Arrow's Special Edition of del Toro's CRIMSON PEAK is now available wherever discs are sold, and should cost you between $24 - $28! Order a copy now from AMAZON, BULL MOOSE, DIABOLIK DVD, or directly from ARROW VIDEO! 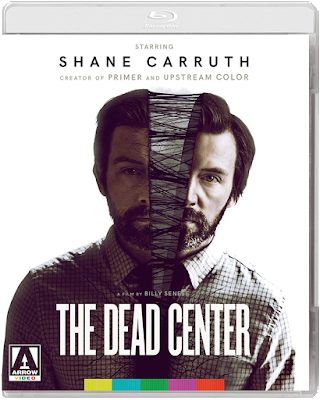 Synopsis: When a very dead suicide victim (Jeremy Childs - Preacher, Nashville) disappears from the morgue, it sets in motion a chain of events that has the power to immolate everything, and everyone, it touches.

Troubled psychiatrist Daniel Forrester (Shane Carruth - PRIMER, UPSTREAM COLOR) is drawn to help a mysterious patient who is brought to the emergency psych ward in a catatonic state with no memory of how he reached the hospital. As if to exorcise his own demons, the doctor feverishly tries to break through to his mysterious patient. But as a spate of mysterious deaths shake the ward to its core, Forrester comes to suspect that there is more to his new ward than meets the eye. As he comes to realize what he's unleashed, a desperate race against the forces of evil threatens to swallow him whole.

THE DEAD CENTER is a smart supernatural thriller that explores the demons that live inside all of us from writer-director Billy Senese, recently hailed as a masterful new voice in terror!

Extras:
Arrow's Special Edition Blu-ray of THE DEAD CENTER is currently available wherever Blu-ray discs are sold and should cost between $18 - $22! Add this film to your collection today by picking up a copy from AMAZON, BULL MOOSE, DIABOLIK DVD, or directly from ARROW VIDEO!