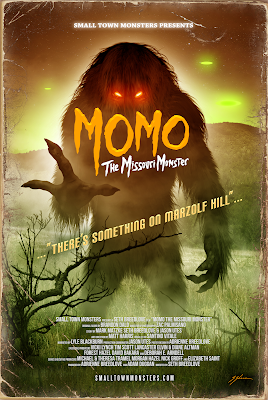 A NEW INDEPENDENT FEATURE DRAGS MISSOURI'S VERSION OF BIGFOOT INTO THE SPOTLIGHT! "MOMO" COMES TO DVD & VOD ON SEPTEMBER 20TH!

Growing up, I was a big monster movie fan (still am!) which of course led me down the path of believing in, and studying, cryptids like The Loch-Ness Monster, Bigfoot, Mothman, etc. While I don't put much stock in those legends any longer (but still secretly hold out a hope that we'll find living dinosaurs hiding somewhere in the world!) it's still fun to learn more about the folktales about hairy humanoids lurking in the wilds!

Synopsis: The year was 1972 and the place was a tiny, quaint, riverfront town called Louisiana, Missouri. On a warm summer evening, two local kids saw a creature in their own backyard holding a dead dog. Before you could say the word "Bigfoot," local media and police officials had pounced on the story. Overnight Louisiana became "monster central" with creature seekers and monster hunters combing the woods to look for "the thing" that the newspapers had dubbed "MOMO."

One particular family was at the center of this whirlwind of activity and as the Missouri Monster sightings began to increase, so did the negative impact on the Harrisons. In 1975, a film crew set out to tell an over-the-top, filmic version of the MOMO sightings. Due to one reason or another, this should-have-been-cult-classic was never released. Until now. 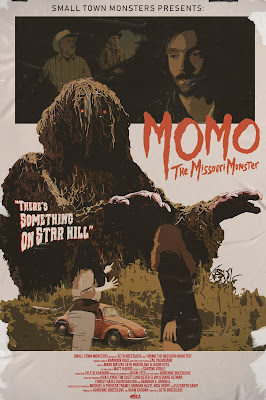 Additional Info: Small Town Monsters, the production company behind last year's best-selling documentary ON THE TRAIL OF BIGFOOT, proudly presents MOMO: THE MISSOURI MONSTER, which seeks to tell the true, and truly strange story of the Missouri Monster. The hair-covered, three-toed monstrosity was said to have prowled the forests of Star Hill, near Louisiana, Missouri during the summer of 1972 where it was spotted by terrified citizens for weeks!

The case gained national media attention during the '70s and remains one of the largest tourist draws for the tiny town on the banks of the Mississippi River. The latest release from Small Town Monsters and director Seth Breedlove, MOMO: THE MISSOURI MONSTER is told in both narrative and documentary form.

The narrative sections appear as a lost b-movie from the 1970s, inspired by Breedlove's lifelong fascination with grindhouse movies and creature features. The horror film depicts the widely accepted details of the MOMO legend and is eventually contradicted and corrected by the actual survivors who lived through the events. Breedlove describes MOMO: The Missouri Monster as "RASHOMON meets THE CREATURE FROM BLACK LAKE or THE LEGEND OF BOGGY CREEK." 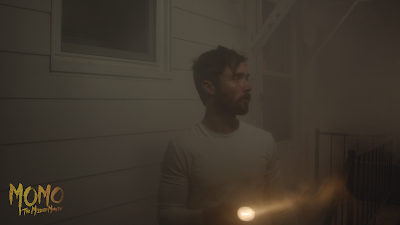 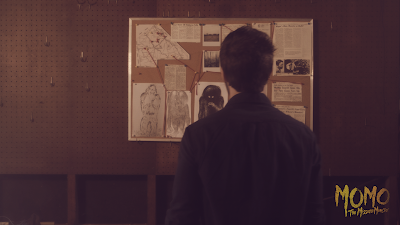 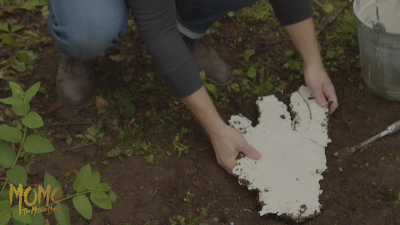 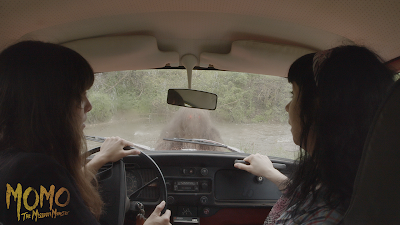 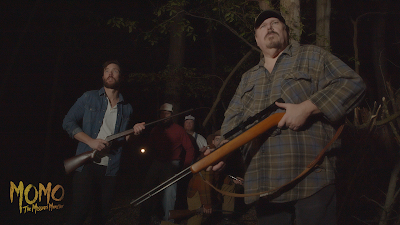 MOMO: THE MISSOURI MONSTER (read my review HERE) comes to DVD and Video On Demand on September 20, 2019! The DVD currently sells for $14.99 and comes with a nearly hour-long behind-the-scenes featurette as an extra! You can currently order a copy from SMALL TOWN MONSTERS' ONLINE STORE, and will be able to procure the DVD and watch instantly on AMAZON as well!

Posted by The Vault Master at 1:28 PM