Now Available on Blu-ray from Arrow Video: Special Editions of HELLRAISER, HELLBOUND: HELLRAISER II, and IN THE AFTERMATH! 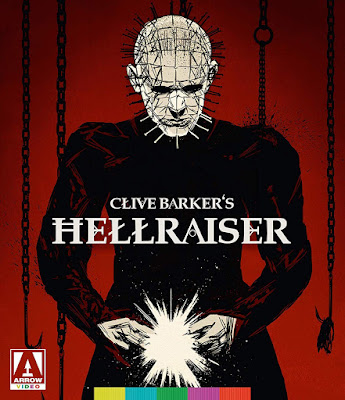 POST-APOCALYPTIC WASTELANDS AND VISITORS FROM HELL AWAIT YOU IN ARROW VIDEO'S TRIO OF NEW BLU-RAY RELEASES!

HELLRAISER and HELLBOUND: HELLRAISER II (previously available in Arrow's now out of print SCARLET BOX) are easily two of the greatest Horror films of all time. As the years have gone by, I've gained an even larger appreciation for both films. (The other HELLRAISER sequels? Well.... not so much.) IN THE AFTERMATH is a film I am not familiar with at all: It's apparently a repurposed anime (1985's ANGEL EGG) that was edited together with new live-action footage shot by director Carl Colpaert. The result is a unique, and "hauntingly beautiful" post-apocalyptic tale! All three of these releases are available today - read onward to see if they're worth adding to your growing collections Vault Dwellers!

Synopsis: “Stephen King was once famously quoted as saying, “I have seen the future of horror… his name is Clive Barker.” That future was realized in 1987 with the release of Barker’s directorial debut HELLRAISER.

Based on his own novella The Hellbound Heart, Barker’s HELLRAISER sees Larry (Andrew Robinson) and his wife Julia (Clare Higgins) move into their new home, unaware that something evil lurks beneath the floorboards of the dilapidated house – something that wants human blood…

Introducing the world to the iconic Pinhead and his sadistic band of Cenobites, HELLRAISER became an instant genre classic upon release and remains one of the most frighteningly original visions in horror.

Extras:
Arrow Video's Special Edition of HELLRAISER is available now wherever Blu-ray discs are sold! This disc should cost you between $24 - $28, and can be obtained from AMAZON, BULL MOOSE, DIABOLIK DVD, or directly from ARROW VIDEO! 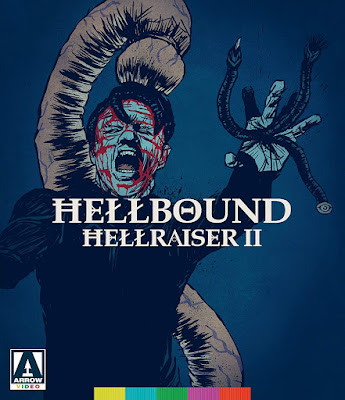 Synopsis: Picking up right where HELLRAISER left off, HELLBOUND: HELLRAISER II expands upon the terrifying universe created in Clive Barker s original film taking the story into the very depths of Hell itself.

Having escaped the clutches of Pinhead and the demonic Cenobites, Kirsty Cotton (Ashley Laurence) awakens to finds herself detained at the Channard Institute, a hospital for the mentally ill. But her torments are far from over the chief doctor at the institute is determined to unleash the powers of Hell to achieve his own twisted ends.
HELLBOUND: HELLRAISER II is one of the most celebrated horror sequels of all time, offering a vision that is both more gruesome and fantastical than its predecessor.
Disc Specs:
Rated R | Color | 99 minutes | Region A
Video - 1080p Widescreen (1.85:1)
Audio - English LPCM 2.0 & DTS-HD Master Audio 5.1

Extras:
Arrow's Special Edition of HELLBOUND: HELLRAISER II is also available everywhere today, and should cost between $24 - $28! Order yourself a copy right this very minute from AMAZON, BULL MOOSE, DIABOLIK DVD, or directly from ARROW VIDEO! 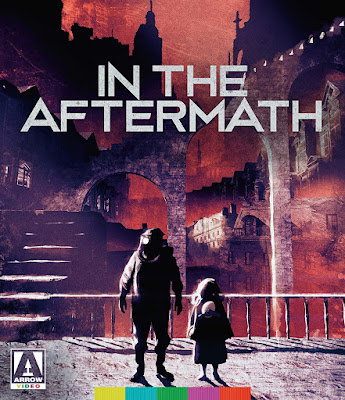 Synopsis: Following in the footsteps of Francis Ford Coppola and Peter Bogdanovich, Roger Corman protégé Carl Colpaert (THE CREW) made his directorial debut by combining repurposed excerpts from a foreign film in this case, Mamoru Oshii s (GHOST IN THE SHELL) spellbinding 1985 anime ANGEL'S EGG with new live-action footage shot in America. The result is IN THE AFTERMATH, a haunting post-apocalyptic vision like no other.

In a radiation-soaked wasteland, two surviving soldiers, Frank and Goose, search for essential supplies amid the rubble. After a violent confrontation, Frank is haunted by visions of an angelic young girl holding a giant egg, herself a refugee from another world altogether. Could the egg be the key to saving both their worlds?

A unique mash-up of 1980s B-movie nuclear paranoia and hauntingly lyrical animation, IN THE AFTERMATH is presented in a stunning new restoration that highlights Oshii's visionary genius and Colpaert's low-budget ingenuity.

Extras:
Arrow's Special Edition of IN THE AFTERMATH is now available to purchase, and costs between $24 - $28! If experimental and/or post-apocalyptic films are your jam, then pick up a copy today from AMAZON, BULL MOOSE, DIABOLIK DVD, or ARROW VIDEO!