On September 17th, the Joke's on You When CLOWNADO Touches Down on DVD! 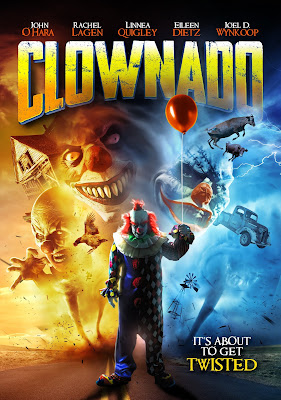 In the aftermath of SHARKNADO and LAVALANTULA, I guess it was only a matter of time before a movie like this would come to pass. From director Todd Sheets (BONEHILL ROAD, HI-DEATH, GRINDSPLOITATION) comes CLOWNADO, a film about evil clowns that have the power to create tornadoes? Huh... I will say this, you gotta give Todd Sheets some extra points for creativity.

Synopsis: A troupe of murderous circus clowns are trapped in a tornado by a witches' spell and travel the midwest destroying everything and everyone in their path while seeking revenge on the woman who imprisoned them. Along the way a stripper, Elvis impersonator, truck driver, teen runaway, and a dude get caught up in the supernatural showdown between a femme fatale and the boss clown from hell. 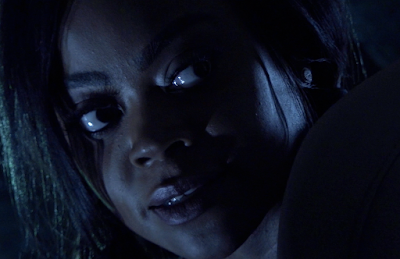 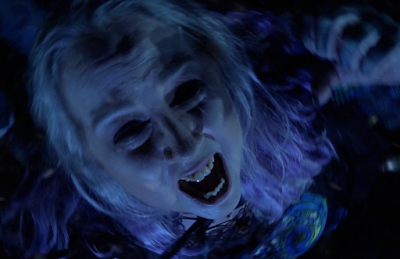 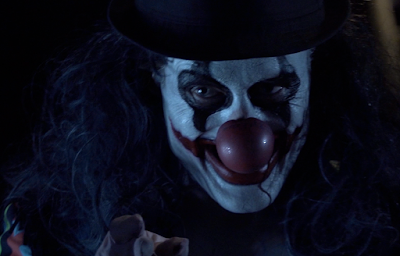 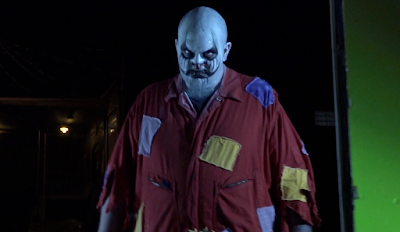 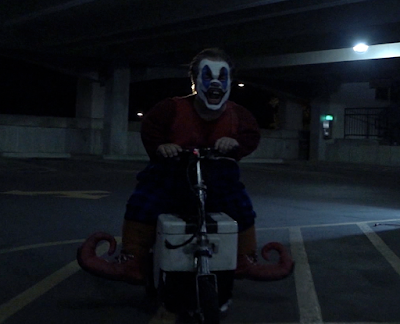 CLOWNADO is already available to rent or buy digitally from AMAZON, but if you prefer physical media (like I do!) then grab this insane indie horror flick on DVD on September 17th! It should cost around $14, and is available to order now from AMAZON and BULL MOOSE!