Charles Bronson Clone Robert Bronzi Deals in Lead in ONCE UPON A TIME IN DEADWOOD! 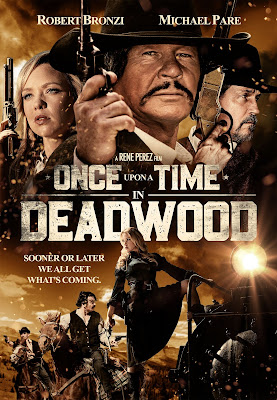 Last year I posted about DEATH KISS (which I still have yet to see) and was bewildered by its leading man Robert Bronzi (formerly Robert Kovacs) because he is a dead ringer for the late and great Charles Bronson. This fact was clearly not lost on Uncork'd Entertainment, who hired Bronzi as their leading man for ONCE UPON A TIME IN DEADWOOD, a new action-packed Western that was apparently filmed at some of the same locations that Sergio Leone utilized for ONCE UPON A TIME IN THE WEST! I guess the era of Brons-ploitation has truly begun!

Synopsis: A notorious gunslinger who is slipped a slow-acting poison by an heiress and told he has three days to track down and rescue her sister, who has been kidnapped by a band of hoodlums and holds the antidote. Rene Perez directs from his screenplay, with Jeff Miller (THE TOYBOX) also contributing.

The movie was filmed in California as well as in Western Leone, near Almeria, Spain, site of much of the filming of the famous Sergio Leone/Charles Bronson western ONCE UPON A TIME IN THE WEST! 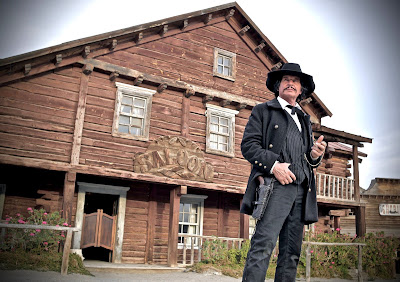 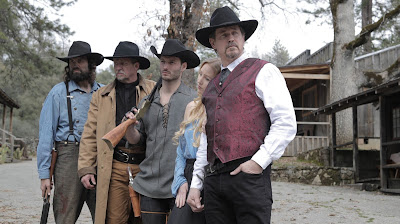 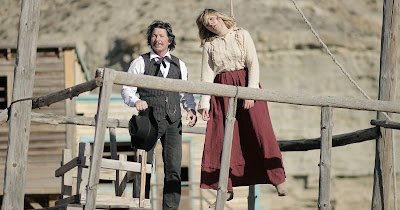 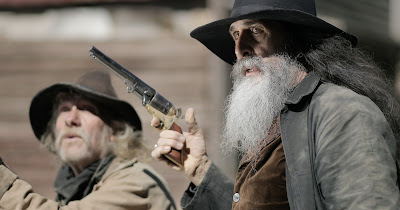 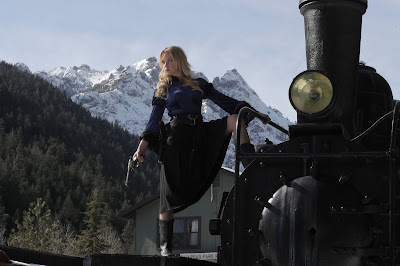 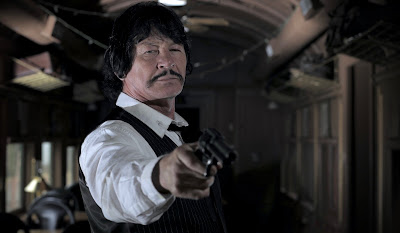 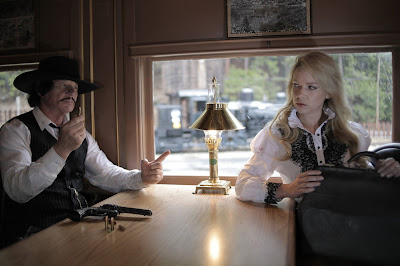 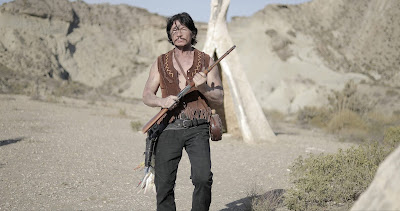 ONCE UPON A TIME IN DEADWOOD will be available to rent or buy digitally on October 1st, with a DVD release set for November 15th! If you want to indulge in Uncork'd Entertainment's continuing Bronzi cinematic universe, get a copy of this epic indie Western from AMAZON!